An unusually large baby was born at the maternity ward of City Hospital No. 1 in Novosibirsk, where a woman gave birth to a boy weighing over five kilograms, Vesti Novosibirsk reports. 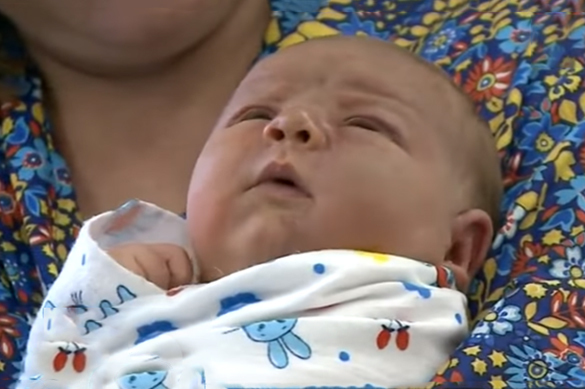 According to doctors, the child's mother has delivered children before (it was her fourth labour), but the size of the newborn surpassed all expectations. The woman's child labour continued for about two hours, but she did not require Cesarian section.

Large babies are not considered a rare phenomenon, but a giant fruit - more than 5 kilograms - is very rare. During the last six years, for example, the hospital has not had any record of such unusually large newborns.

The baby boy was born as an absolutely healthy child weighing 5,670 grams. The boy started crying immediately after birth.

"When I gave birth, obstetricians took him in their arms, but the nurse could not hold the baby in her arms and asked for help," Svetlana, the mother of the boy, who was named Dmitry said.

The unusually big boy arrived with only one problem: his parents will have to buy new clothes for him, because all the clothes that they have had so far is too small for the baby.