Employee of the US-based research and environmental organisation Audubon, Preeti Desai, who is engaged in, among other things, cleaning beaches after Hurricane Harvey, discovered a mysterious eyeless creature on the seashore in Texas City. 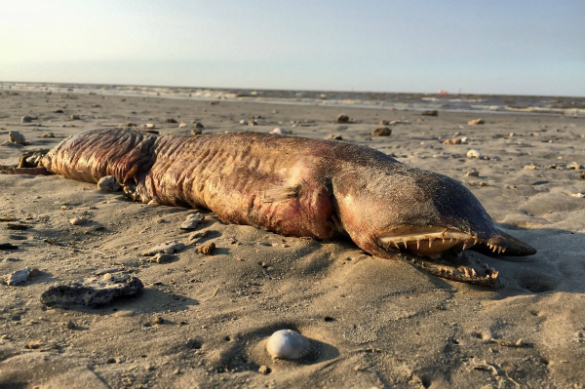 At first, the woman assumed that it was a sea lamprey, but a closer look at the beast helped her realise that the creature came from deep waters.

"I've already got a huge interest in wildlife, especially birds and ocean creatures, but it was so unexpected to see it there on the beach. On first glance it looked like something from the deep sea to me. My initial thought was it might be a sea lamprey but when I got close I realised there was no way that was what it was, particularly based on the mouth. We squished it around a bit, and even turned it over but couldn't come up with any other ideas," the biologist said. 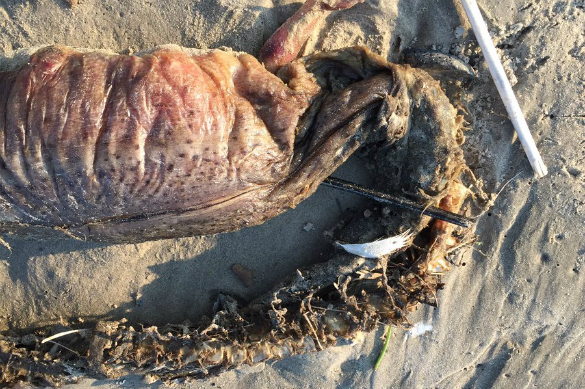 After lengthy discussions, Preeti and her associates came to the conclusion that the toothy monster was a representative of the family of Opichthidae - aulaceous eels. Dr. Kenneth Teague, an expert on blackheads from the Smithsonian Institution, suggested that the creature was a saber-toothed eel known as Aplatophis chauliodus, or the fanged eel.

These unpleasant-looking creatures live at a depth of 30 to 90 meters. They spend most of their time in burrows. As for the absence of the eyes, the scientist said that the saber-toothed eel actually have tiny eyes. The creature's eyes had decomposed by the time the researchers found the rotting corpse, so they cannot be seen in the photos.