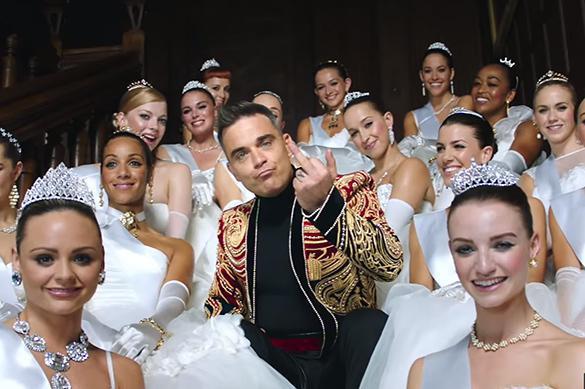 The news was announced by president of the concert agency T.C.I. (Talent Concert International) Eduard Ratnikov.

"Robbie has just canceled all Russian shows because of his illness," president of the concert agency T.C.I. (Talent Concert International) Eduard Ratnikov wrote on his Facebook page. According to Ratnikov, the information about the ticket refund procedure is to be announced soon.

The director of the agency added that Robbie Williams would not appear on September 14 at the closing of the "New Wave-2017" festival in Sochi.

At the same time, representatives of robbiewilliams.me ticket company, which advertises Robbie Williams's concerts in Russia, told RBC that they did not know about the singer's decision to cancel the shows. "We have no information about the cancellation," the source said.

Many Russian fans booked non-refundable airplane tickets to be able to see the artist in St. Petersburg. The decision came as a big surprise, given the fact that the singer wrote on his Instagram on September 4: "Next stop: St. Petersburg. Time to party like a Russian."

Robbie Williams was scheduled to perform in St. Petersburg on September 7 before coming to Moscow on September 10 as part of his The Heavy Entertainment Show world tour.