A mysterious object was discovered near the site, where tourists died when trying to cross the Dyatlov Pass. Amateur radio engineer and researcher of paranormal phenomena Valentin Degtyarev believes that the structure that was found on the site may have a connection with the tragedy that took place there in the winter of 1959. 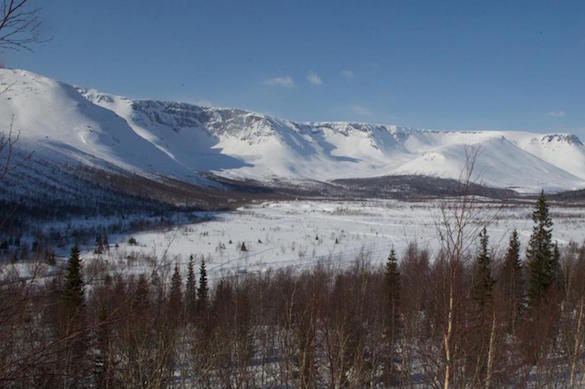 It goes about a construction 25-30 meters long and 10-15 meters wide. The construction was found at a distance of ten kilometers from the site, when a group of tourists died in 1959. The construction, Degtyarev believes, could be a part of a bunker that had been built in the Ural mountains during the times of the Cold War.

The researcher assumes that the group of tourists could find themselves on the pass the day when neutron weapons were tested. This may explain the presence of radioactive substances on the clothes of one of the victims. The death of the tourists could be a reason, for which the tests were wrapped up. The underground building was blown up and mothballed. The upper part of the bunker is still visible on satellite images.

The Dyatlov Pass is considered to be one of the most mysterious areas of tourist routes in the Urals. In February 1959, nine skiers of a tourist club were killed near Mount Otorten under unclear circumstances. Igor Dyatlov was the leader of the group. The bodies that were subsequently found on the site shocked  forensic experts: most of the people froze to death, whereas traces on the bodies of other victims indicated that they had died violent deaths.

The pass was named in memory of the tourist group led by Igor Dyatlov. Some researchers believe that the tourists died as a result of an explosion of a ballistic missile.

According to ex-governor of the Sverdlovsk region, Senator Eduard Rossel, the tragedy on the Dyatlov Pass still remains strictly classified information.