In Novosibirsk, a local resident armed with an ax came to the monument to Nicholas II and damaged the monument on the night of August 1. The 32-year-old man came with a ladder. He climbed on top of it and axed the monument several times, the press service of the regional Ministry of Internal Affairs said. 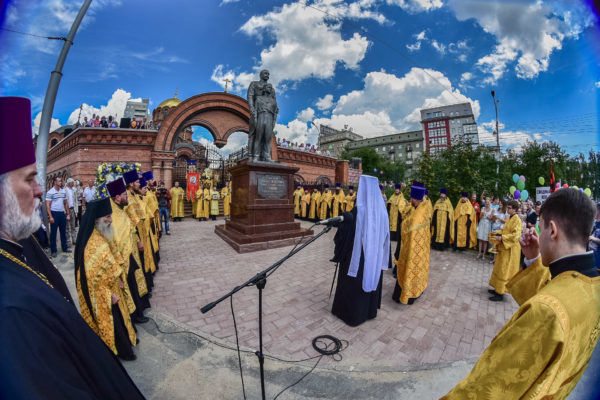 The man was detained by patrolmen of the Russian Guards. The attacker's motives have not been named, nothing has been said about his mental state either.

The monument was unveiled on July 16 with the participation of Metropolitan Tikhon of Novosibirsk and Berdsk. After the monument was consecrated, a religious procession was held in the city.

Earlier, it was reported that construction workers found a capsule with a message to people of the future. The capsule was found in a wall of School No. 111 of Novosibirsk. The message should have been read 37 more years ago. The letter was written by Soviet schoolchildren from 1967-1968 to students of the 1980s.

The message was written in the year of the 50th anniversary of the Soviet power. In the message, Soviet schoolchildren promised to collect scrap metal for the construction of a tram, finish the equipment of a sports ground of the school, study the revolutionary past of the motherland and the life of Vladimir Lenin and his associates.