Alexander Akopov, a pilot of Turkish airline AtlasGlobal, who managed to land a hail-damaged airliner at the airport of Istanbul, became a target of malicious attacks on the part of radical-minded Ukrainians. 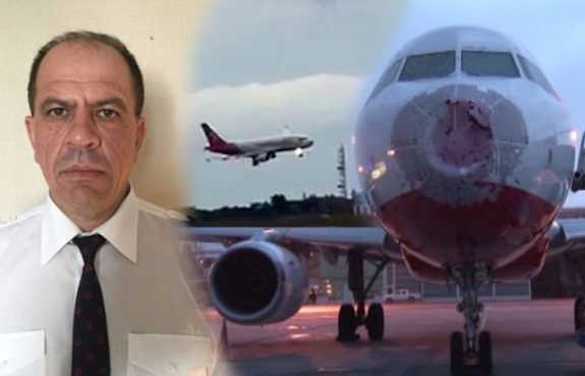 The pilot, who landed the damaged passenger aircraft in Istanbul, became an object of cyber bullying. For his deed, the pilot received an Order of Courage from Ukrainian President Poroshenko, but some people believe that the pilot should be stripped of the award.

The reason for the bullying, as it turns out, is the fact that the pilot is a native of the People's Republic of Donetsk. In the past, he worked as a pilot of the now-bankrupt airline Donbassaero.

"Alexander is on the other side of the barricades," bloggers write. "He's not a hero, he was saving his own soul," another one wrote.

Radical-minded Ukrainians also paid attention to the photo of the Russian Foreign Minister Sergei Lavrov on the Internet page of Alexander Akopov. Afterwards, it was revealed that the pilot had many online friends among Donetsk militiamen.

Ukrainian human rights activist Sergei Naumovich wrote on his Facebook page: "I do not know how you feel about it, but my attitude to the "hero" has changed completely, sorry."

"A Ukrainian pilot who masterfully landed a hail-damaged airplane at the airport in Istanbul turned out to be a supporter of the People's Republic of Donetsk. And yesterday, he was a "national hero" of Ukraine, the only real hero, not the propaganda-inflated one," another blogger wrote.

On July 28, Alexander Akopov, a native of Donetsk, manually landed a passenger liner of Turkish airline AtlasGlobal. The plane that landed in Istanbul had 121 passengers and six crew members on board. No one was hurt.

The liner was flying from Istanbul to Ercan (Northern Cyprus). At an altitude of 4,000 feet, the plane found itself in a hurricane, where it had the nose part and the cockpit severely damaged. Akopov decided to return to Istanbul. The story received extensive coverage in Turkish media, whereas Ukrainian President Poroshenko awarded the pilot with an Order of Courage.