US Energy Secretary Rick Perry has become another "victim" of Russian pranksters Vladimir Kuznetsov (Vovan) and Alexei Stolyarov (Lexus). The pranksters had a telephone conversation with the US official on behalf of Ukrainian Prime Minister Vladimir Groisman. The recording of the  conversation was published by Vesti.Ru. 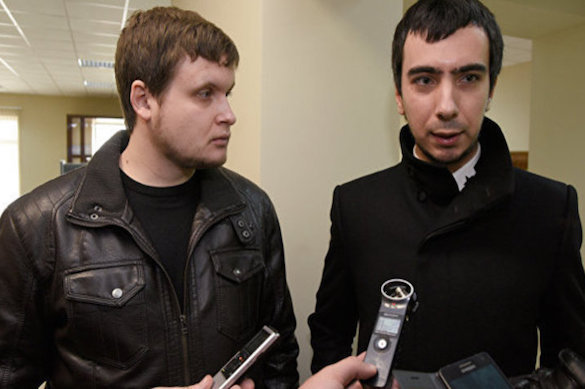 The conversation was dedicated to the cooperation between Kiev and Washington in the energy sphere, cyber attacks on US government structures and Ukraine's efforts to "develop" a new biofuel.

For about 20 minutes, the pranksters were asking questions to Rick Perry about how the US could help Ukraine in the energy sector. The minister in general promised to discuss this or that issue during his visit to Kiev in August of this year.

Vovan and Lexus also told Perry about the new biofuel, which Ukrainian President Petro Poroshenko invented himself. The fuel, the pranksters said, is made from a mixture of home-brewed alcohol and manure. In response, Perry requested detailed information about the "scientific development."

In February of this year, the two Russians prank-called John McCain, Lindsey Graham and Mitch McConnell to talk to them about anti-Russian sanctions.

A little earlier, Vovan and Lexus had a conversation with Maxine Waters, who was worried about Russia's "offensive" on Korea. On behalf of Ukrainian Prime Minister Vladimir Groisman, the pranksters told Waters that Russian troops "had already entered the city Lviv," while Russians hackers had intervened in the elections in Limpopo, where they overthrew President Barmaley and put "Kremlin's puppet" Aybolit in power.