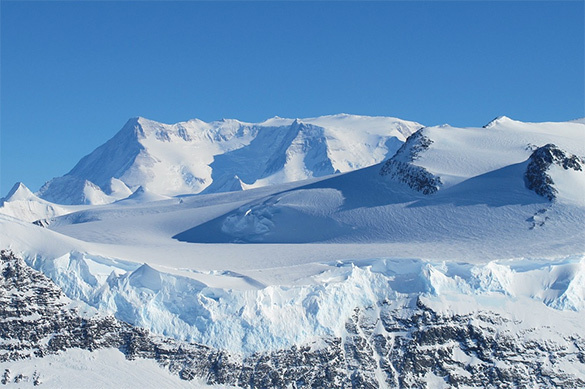 Specialists denied reports about a flying saucer that had been found in Antarctica. It turned out that the saucer was just a rock. The ice on top of the rock started melting and revealed the grey rock.

Indeed, Google Earth photos showed that the rock was very much reminiscent to a flying saucer. An expert of a Russian scientific station assumed that it could be possible. He said that a 600-meter alien ship had struck the rock and found itself in internal captivity of the Antarctic ice. The man analysed a series of pictures that had been taken on the site from 1989 till 2013 and came to conclusion that they all depicted one and the same "alien object."

However, the geologists, who studied the pictures, then said that the "flying saucer" was just a rock of natural origin.