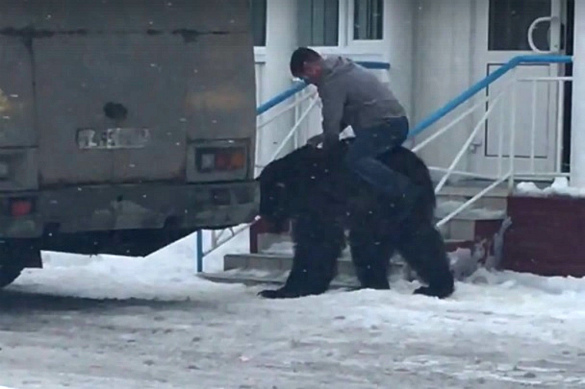 The video of a fearless man who hugs and then rides an adult, is gaining popularity on the Internet.

The video was published in a community of the town of Gubernsky in the Yamal region of Russia.

The video horrified many people, whereas others found it cool to watch.

It turned out later that the video was made near a local concert hall, where a circus show was held. The video thus shows a trainer and a circus bear. Prior to the show, the trainer took the bear out to take a breath of fresh air.