Archeologists found a "secret room" in the center of Moscow, a message posted on the website of the Moscow Mayor said. 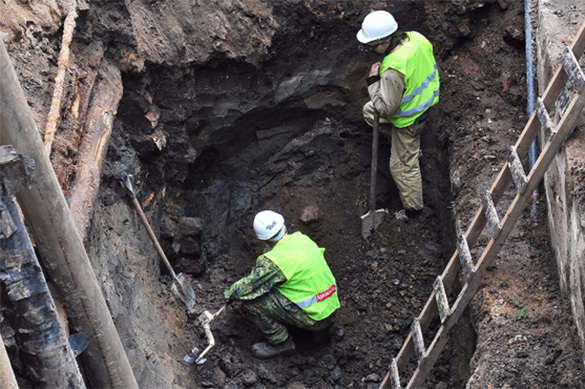 The room is believed to be have been used to eavesdrop on enemy on the other side of the fortress. The room used to help Moscow defenders back in the 16th century. The secret room was found at the base of Kitay Gorod Wall.

The vaulted walls of the room created a special acoustic effect, and a person inside the room could hear everything that was happening outside.

The Kitay Gorod Wall with 12 towers was built in the XVI century. The length of the fortress wall was more than 2,500 meters.

As many as 150 artifacts (mostly ceramic) from the 16th-19th centuries have  been found within the scope of "My Street" program. Archaeologists will conduct excavations in Moscow till September, RIA Novosti reports.