Ukraine indignant at 80% of Jews in power

The Ukrainian MP Nadiya Savchenko has created yet another scandal. Speaking with the News One TV Channel she claimed that the Jewish yoke, which is evidenced in Ukraine today, should be fought against. 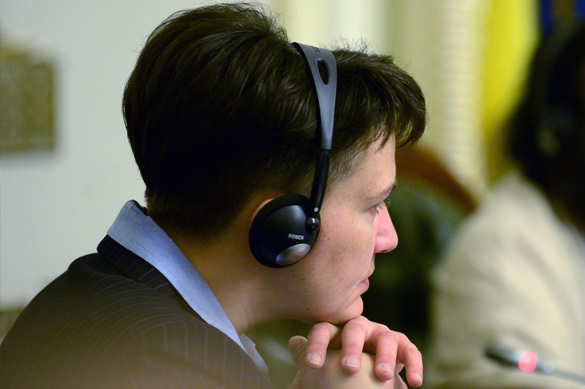 The case is that a Russian-speaking woman posed her a question during live broadcast: 'Nadya, why doesn't anyone speak about what is discussed among people? Being at a bus station, I heard a man and an old woman talking: the Bible says that Tatar-Mongol, Polish yokes were in Ukraine, now a Jewish one is in place. Why do you silence that?'

Savchenko thanked her for a good question, and said, 'Our authorities really have non-Ukrainian blood. One can speak about this, but what can be done with this? We should think and act!' the MP claimed.

Then Savchenko explained that 'under 2% of the Jews who reside in Ukraine, about 80% of the Jews are in power'.

Yuriy Kanner, President of the Russian Jewish Congress, has commented Pravda.Ru on the issue.

The situation is difficult. The case is not only about statements, everything is much deeper. Monuments are constantly demolished there by the 'wind', as well as memorials to the Holocaust victims, marauding acts at the cemeteries. There are a lot of such acts. Beside that, there are leaders of some Jewish organizations in Ukraine, who support this theme. Jews are allegedly guilty. National armistice is needed. I relate this to fight for votes, share among voters. Politicians still actively discuss a historical moment, when a Jewish man shot down Petlyura at a restaurant in 1920s.

Let us see what this will generate in Ukraine. They say of a yoke because of a PM of Jewish descent. Russia has also had state leaders of Jewish decent for the latest 25 years. In particular, Primakov is the most famous one. But this has not ever sparked any anti-Semitic anger, which happens in Russia.

Our MPs have delivered such statements: Milonov, Tolstoy... But then they apologized.