Bananas with 18 kilos of cocaine delivered to St. Petersburg

The police of St. Petersburg blocked a channel for the delivery of drugs from Latin America. Eighteen kilograms of cocaine arrived in the Russian city in a batch of bananas from Ecuador. The cargo was delivered by the Baltic Mercury, a trans-Atlantic ship. 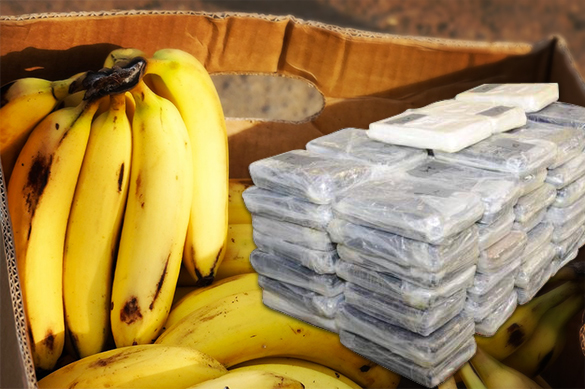 In the technological compartment of one of the containers with bananas, customs officers found 18 briquettes with cocaine, one kilo each. The cost of the batch was evaluated at 150 million rubles ($2.5 million). A criminal case was opened.

Not that long ago, the police of St. Petersburg arrested an international criminal group that was dealing with the transportation of drugs. Perpetrators - citizens of Russia, Estonia, Lithuania and Belarus - tried to carry 266 kilograms of psychotropic substances.