The United States is concerned about China's participation in a program to search for extraterrestrial civilizations. 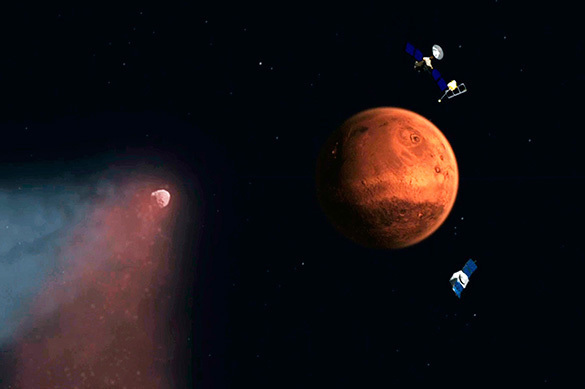 John Hertz, former chairman of the board of trustees of the US-based SETI Institute (Search for Extraterrestrial Intelligence) said in an interview with the Journal of the British Interplanetary Society, that sending signals to alien civilization was dangerous.

The expert added that it would be even more dangerous if China received a response from an extraterrestrial civilization. Chinese researchers announced earlier that China would take part in Breakthrough Listen project to search for alien civilizations. Hertz suggested limiting the power of world's major transmitters.

Not that long ago, it was reported that three aircraft in China could not land at an airport in Sichuan because of an unidentified flying object. The airport administration denied landing boarding, fearing for the safety of passengers. The aircraft had to be redirected to other airports.

Airport representatives said that the object appeared in the air, in the airport-controlled area, but did not fly over the runway. As a result, it was decided to redirect the aircraft to the nearest airports. Eyewitnesses also said that the UFO was glowing.