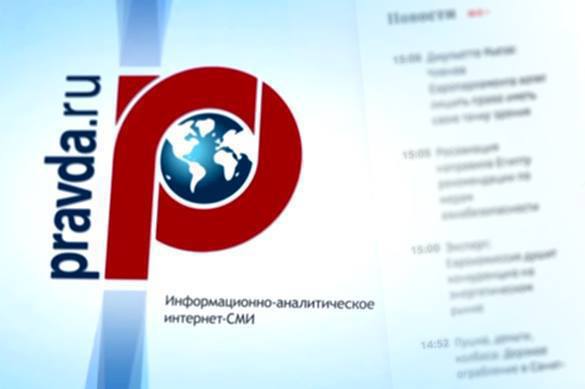 Pravda.Ru is directly related to the old Soviet newspaper Pravda, which used to be one of the leading publications of the world in the 20th century. The editorial office of the Pravda newspaper split into three editorial offices during 1991-1997. One of them evolved into Pravda.Ru after 1998.

Nowadays, Pravda.Ru is published in four languages ​​- Russian, English, French and Portuguese. Our English version comes second in Russia after RT. The Portuguese version became the first page in the rankings of Russian publications. In 2016, we launched the French version of the website.

Every day, we interview Russia's leading experts on hottest issues of the day. We try to spread truth to our readers, but, as they say, truth may hurt or be inconvenient at times. Last year, for example, Facebook admins blocked the official page of our publication on the network. Facebook simply destroyed the Pravda.Ru page without explaining anything. There was a period of time, when Google would find out content "undesirable" too.

In 2016, the United States published a blacklist of Russian propaganda outlets. Pravda.Ru was the only resource in the .ru domain zone included in the list of sources that were not recommended to American citizens. In addition to Pravda.Ru, RT and the English version of Pravda.Ru - pravdareport.com - were also put on the list.

This is another reason to fight for the truth - we know that it is worth it.

Eighteen years later, Pravda.Ru is still willing and able to remain a platform for discussions. We are ready to expand, hear, listen and communicate in the language of the truth, no matter what language it may be. After all, everyone has their own truth...

May we congratulate ourselves and you, dear readers, and wish a very happy birthday to Pravda.Ru!