Tonight's winner plays the winner of tomorrow's match between France and Iceland in the semi-final (the other is between Portugal and Wales). Germany beat Italy for the first time in final phases on penalties. 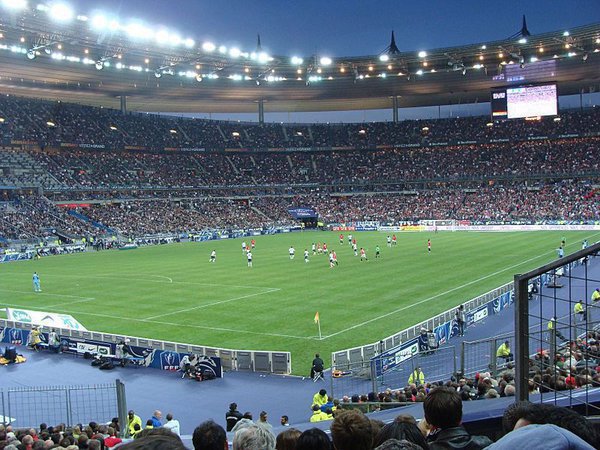 The game plan was easy to see from the beginning: Germany playing possession football, Italy waiting to pounce with between five and seven players in forward positions but behind the ball. On 4' and 5' we saw Italy's potential danger, with two attacks and two corners.

Germany regained composure, and on 9' came the first corner. Germany had three forwards up against the Italian central defenders, playing the entire team upfield, including the three central defenders, showing a tremendous ability to regain lost balls and launch attack after attack. Khedira pulled out with muscular problems on 15', substituted by Bastian Schweinsteiger, who put on the Captain's armband.

The first half belonged to Germany, just (53% to 47%) with Italy showing that if given the opportunity to pounce, the game could change. Half time, 0-0. But let us remember that Italy had 5 shots against 4, 3 saved, one on target and one off, Germany's four being one on target and three off, three corners to Italy, 2 to Germany. So Italy was waiting for the opening.

Second half. Italy began working down its left flank, amid multiple attacks by Germany, which resulted in the goal on 65' by Özil, after Mário Gomez recovered the ball on Germany's left flank, passing to Hector and Özil put the ball away. Italy did not give up and although Gomez had a position in front of goal on 68', Pellè shot just wide on 73', the Italians kept up the pressure and Boateng handled in the area on 77', giving Italy the penalty, which Bonucci converted on 78'.

To note, Italy played a fantastic game of football against a German side which would have blown away any opposition on the day. To note, the Italian captain Buffon congratulating the Germans after the game. Sportsmanship supreme. Let us spare a thought for France or Iceland, the next to face the Mannschaft.

Portugal defeated Poland on penalties after drawing 1-1 in regular time on Thursday; on Friday Wales blew the soccer world away by reaching the highest pinnacle of Welsh soccer history, ever, defeating a very promising Belgium side by three goals to one. In the semis, Portugal versus Wales, Cristiano Ronaldo facing his Real Madrid team-mate, Gareth Bale.