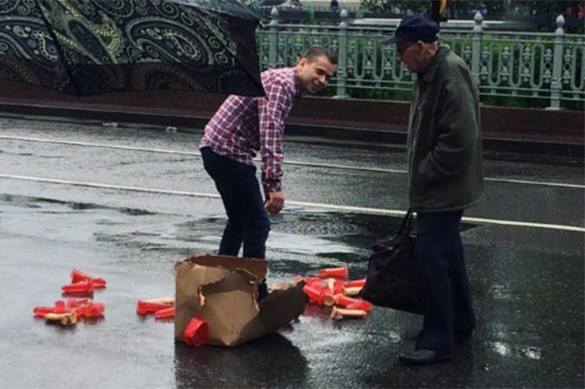 The careless driver stopped his car and started picking up the lost goods. The incident immediately attracted people's attention.

Eyewitnesses said that the driver of the car gave full throttle when pulling off, thus causing "precipitation" in the form of sex toys. Pedestrians immediately started taking pictures and making videos of the incident on their cell phones, giggling.