13:34
USA's plan to give 20 percent of Ukraine for peace hoax
12:51
Medvedev: Ukraine as a state to be devastated, go bankrupt and be turned into colony
19:57
Russia will use all of its military potential to counter Western arms supplies to Kyiv
18:34
Biden changing strategy on Ukraine to reach diplomatic solution with Russia
17:36
Consequences of NATO's possible supplies of fighter jets to Ukraine get clear
15:16
Ukrainian forces suffer heavy losses while trying to cut across Dnieper
13:35
USA's next step is to suppress European economies
12:52
Victoria Nuland turns herself in about Nord Stream blasts
12:28
Moscow wants to push Ukrainian troops away from Russian territories

A spokesman for Russia's film company "Lenfilm," Valery Karpov, said in a recent interview with "Radio Baltic" that the company would be interested in having US actor Leonardo DiCaprio for a film project. 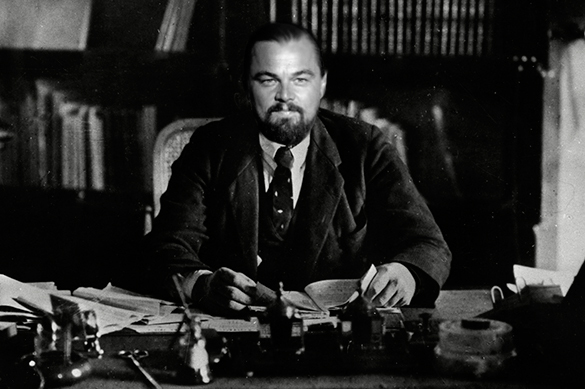 "It is always interesting to create films. Leonardo DiCaprio is often compared to Lenin in his youth. We have plenty of scenery and props to recreate the era of the revolution," he said.

"DiCaprio is a good actor. He can play whomever he wants. I would love to shoot him if he invited me as a director," said Vladimir Bortko.

DiCaprio said in one of his interviews that he was very much fascinated by the history of Russia. In December, he exposed his Russian accent that many found "very sexy."

"I think there should be more films about Russian history because it has many stories worthy of Shakespeare. That is fascinating for an actor. Lenin also would be an interesting role. I would like also to star as Rasputin," DiCaprio told Welt am Sonntag.