The case of the two Russians who committed an act of peaceful protest at a NATO military base in Latvia was requalified from "terrorism" to "hooliganism," writer and politician Eduard Limonov said in his blog, having referred to a source in Riga, the capital of Latvia. 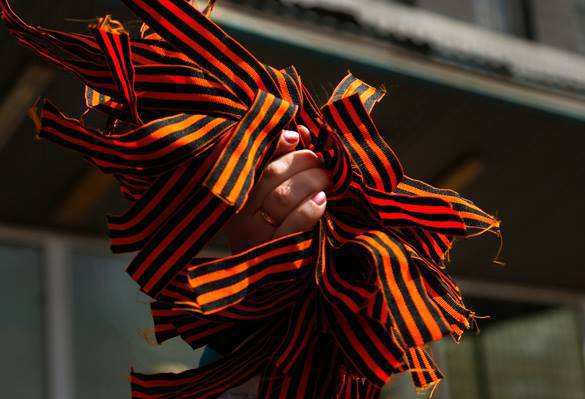 According to Limonov, the Latvian security police "backed down" on the case of two activists of "Other Russia" non-registered party, having requalified it from "terrorism" and "espionage" to Article 231 of the Criminal Code of Latvia - "hooliganism committed by a group of persons." Under this article, the Russians may face up to five years in prison.

The lawyers of the two Russian citizens insist that the case should be qualified as "illegal entry into a military object" that entails the fine of 70 euros as it was a peaceful and non-violent act.

In June of this year, two Other Russia activists Alexander Kurkin and Andrei Popko entered the territory of the military base in Adazi (Latvia), where NATO troops were deployed for "Saber Strike 2015" drills. The two men simply climbed over the fence of the army base and marched to the US command post carrying a flag in the colors of St. George ribbon in their hands. The purpose of the act was to protest against the buildup of NATO forces near Russian borders and against the anti-Russian rhetoric from the United States.