Having watched Andrey Zvyagintsev's motion picture "Leviathan," reporters from authoritative French publication Telerama decided to go to the town of Kirovsk in the Murmansk region of Russia, where the shooting took place. 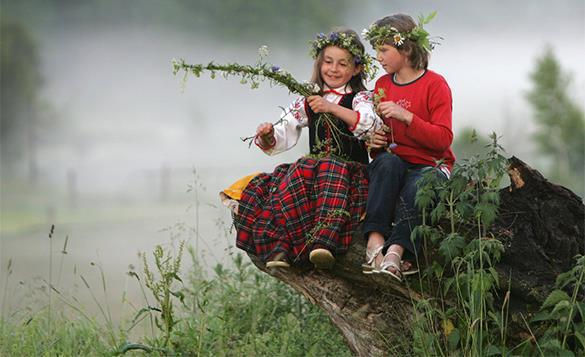 Having watched the film that received a Golden Globe as the best foreign language film, the French reporters were terrified with the scenes that they saw in the motion picture. They decided to go to the scene of the film to take a look at the Russian horror in reality.

"We went to the city of Kirovsk, to the edge of the Arctic Circle to see the dying provincial Russia mired in corruption, violence and drunkenness, which director Zvyagintsev depicted in his latest film. Yet, it did not work the way we expected. We thought that we would find ourselves in a terrible place, where low-browed drunks walk in the streets. However, we came to a small, nice town with a population of 20,000, situated on a lakeside."

"The town does not produce the impression of a godforsaken place. This is a place where they mine apatite, there is also an old, but working ski station, built in Soviet times. (...) The first surprise: the road that leads to Kirovsk was very well made - it was in no way inferior to European motorways. In Kirovsk, we did not see either empty streets, or stumbling homeless people. We saw people who were in a rush for work, hurrying about their businesses, as in any European city. We expanded the area of our research and went to a local wedding, where we talked to reporters from Kirovsk. We also visited a mine and a church. We have not seen any indiscriminate drunkenness or poverty. We saw children, young entrepreneurs, open-minded people who were ready to talk."