SpongeBob seen as threat to children in Kazakhstan 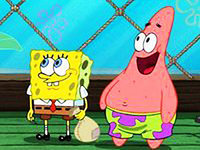 "In the cartoon series "SpongeBob SquarePants", SpongeBob beats his neighbor, acts like a hooligan and feels happy about it. This disruptive behavior produces an impression on children. Children consider SpongeBob's behavior fun and they try to bring it to their everyday life afterwards," the official said.

Orazalieva stressed out that parents need to control the time that children spend watching TV. The cartoons, which let children realize that one can mock and humiliate other people and receive no punishment for that, must be restricted for viewing, the official said.