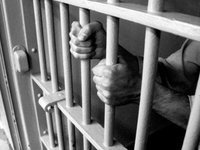 Thirty people were arrested in Detroit for their participation in the strike against hard working conditions at McDonald's restaurants. As many as 200 people took to the streets of the city demanding salary raise to $15 an hour.

The demonstration in Detroit became a part of a major strike held by McDonald's employees across the USA.

Some of the protesters proceeded from picketing to blocking road traffic. Having locked each other's arms, the chain of people sat in the street, blocking traffic. About 30 minutes later, the police started arresting and cuffing the protesters.

Twenty-four demonstrators were fined for disorderly conduct and released; six others remain arrested.