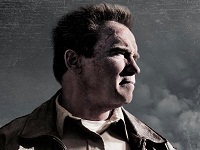 According to her, Schwarzenegger is the epitome of qualities, which Russian President Vladimir Putin admires. In addition, the Russian leader likes to communicate with stars and is fond of sports, whereas Schwarzenegger, as is well- known is a famed bodybuilder. Finally, Putin and Schwarzenegger speak German, and thus they will be able to discuss different topics in person, vesti.ru says.

As regards the former U.S. Ambassador to Russia, political science professor Michael McFaul, his "scientific approach" was an obstacle to diplomacy between Moscow and Washington, Nina Khrushchev remarked.

Noteworthy, the great-granddaughter of one of the leaders of the USSR takes a clearly anti-Russian stance. Like a silly parrot, she can only repeat the words of her foreign friends about the "Russian expansion."

"Let's wait until the sanctions take effect, wait until the economy (of Russia) declines, because its growth rate has slowed down a lot, and the ruble weakens," said Nina Khrushchev, who earlier condemned Russia's reunion with the Crimea.