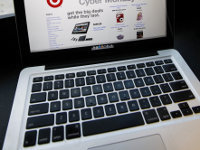 The American society was outraged with the appearance of a computer game that simulates the bloody events in Sandy Hook, Connecticut, where Adam Lanza shot 26 people. The player, on behalf of the killer, can shoot Lanza's sleeping mother at his house and then go to school with a rifle. During the game, the screen displays the counter of killings, which coincides with the actual figures of the terrible tragedy. In the end, when the police arrive, the computer character will have to shoot himself in the head.

The creator of the game Jake Ryan Lambourn called his game an attempt to draw attention to the problem, because, in his opinion, for the past year, no improvement in security has been marked.