Head of the first RuNet online media and owner of Pravda.Ru media holding Vadim Gorshenin announced that he was leaving Facebook for another social network, VKontakte, due to organizational and political reasons. This, incidentally, is not the first and, judging by the discussions, not the last incident of popular users leaving the American social network. 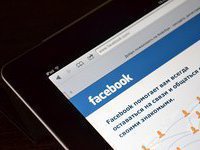 Something has to be said. It has been over six week since I last posted on my Facebook account, and rarely opened it. I was trying to get rid of the addiction, communication with many people who became my close friends. It turns out that at times I shared with them my thoughts that were once spoken only among very close friends. I was flattered that these thoughts were discussed by people I’ve never met in person, but who turned out to be like-minded individuals.

I decided to put an end to this communication, and, likely, for good. It is a shame...: (

It's funny, but six weeks ago I decided to stop using Facebook after the social network has blocked my account due to complaints of a sexual liberties advocate who called me a homophobe, and who I called a homophile in response. I posted some objections to the support team of Facebook Russia over the use of the antonyms "homophobe" - "homophile" in the Russian language. No one bothered to respond. Along with blocking my personal Facebook page, Facebook staff blocked my ability to update the announcements of Pravda.Ru, again without any explanation.

On my page I posted against gay propaganda aimed at children. I posted what I thought about white ribbon movement. I shared what I do not like about various public figures who oppose the independence of my country or call for what they believe to be freedom and democracy. I talked about things I like and do not like about the current situation. On my initiative, Pravda.Ru was nearly the first Russian online media outlet that started actively working with Facebook placing their interactive panel on Pravda.Ru’s pages.

In short, I tried a six-week long break in communication with the people I used to chat almost daily since 2009. Now I realized that I am not willing to work for people who can block my page because my thoughts are different from theirs. I am not going to let some Facebook employees hired by a certain Katya Skorobogatova (who is she anyway?) to tell me what I can and what I cannot post on my account in the literary Russian language? ! :)

I know that many experienced such treatment by FB many times, and would say that "a real fighter" would forget about it :)

I am not a fighter with misfits like Skorobogatova and her staff on their territory and in their coordinates system. Why? Pravda.Ru Media holding that I own has over 20 resources where I, as a founder and editor, can post anything that does not contradict the Russian legislation without looking at Zuckerman’s boys and girls who moderate the opinions of their users when it comes to the issues of same-sex love. Why would I fight with them? They are a minority on a global scale, because the most important thing for every normal person is children. Homosexuals cannot have children by definition.

While I was writing this, it grew into a column that I can publish on Pravda.Ru. Why do these thoughts deserve to be published in this online newspaper as opposed to a journal or a social network status? It is simple: I, like probably many others, faced sex-censorship by Facebook whose leader headed a gay parade of nearly a thousand employees of this gay social network (it must be the way since about a thousand FB employees joined him on this parade?)

In short, I have three kids and I do not want any social network as part of their totalitarian "tolerance" prohibit heterosexuals from not just expressing an opinion, but simply defending it, eating antonyms of the insults they were insulted with, and dictating what should a "tolerant "community” be like. I, unlike Zuckerberg and Skorobogatova, want to have grandchildren. I want to give them the love that parents do not have a chance to give their children…

I understand that FB, through the hands of their moderators hired by Skorobogatova, does not let me share with you my thoughts as a father of three ... If so – why don’t they get lost?

All I want to write will be publish by Pravda.Ru or VKontakte where I’ve moved for now.