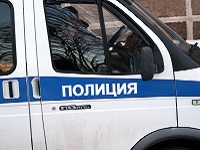 In Sevastopol, local authorities decided to close all beaches for 24 hours to defuse a giant German aerial bomb that was found in the sea just 40 meters from the shore.

The bomb was found by one of the locals in the Quarantine Bay. The bomb weighing 500 kilograms was resting at a depth of four meters. The weight of the explosive is equivalent to 140 kilograms of TNT.

Experts calculated that the range of the blast wave of this type of the bomb (SD-500) was about 2,000 meters, the range of fragments - up to 500 meters.