Pope Francis orders to remove his statue in Buenos Aires 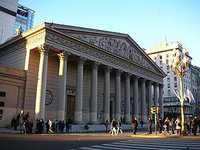 The statue of Pope Francis, which was installed at the Metropolitan Cathedral of Buenos Aires, has been moved to the Museum of Francis, by the order from Pope Francis.

The Pontiff explained that he was against the cult of individual personalities. The sculpture was moved to the Museum of Francis, which would open only in a couple of weeks. The museum will exhibit personal items of the Pope. However, ​​Francis did not like the idea of opening a museum in his honor.

Francis often encourages priests to be more modest. He demands priests should refuse from the use of luxury vehicles. From the day of his election, Pope Francis has been demonstrating personal modesty. In particular, he rejected the papal throne and refused to use the "Popemobile".