The UN Committee on the Rights of the Child wants the Vatican to expose information about all the crimes committed by the clergy against minors. The request is published on the official website of the committee. 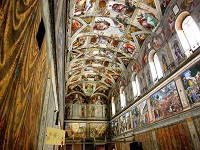 In addition, the committee asked the Vatican to clarify the cases when church authorities tried to cover up the actions of pedophiles and indicate what measures had been taken to protect children from sexual predators in church robes.

The committee also wondered what measures were in effect to avoid discrimination in parochial schools. To crown it all, church official want to know if textbooks still contain articles that demean the rights of children born out of wedlock and instill intersexual stereotypes. Such articles, committee officials believe, should be withdrawn from textbooks.

In spite of the fact that the Vatican is not included in the UN, it is obliged to submit a report on compliance with the Convention on the Rights of the Child every five years. However, the Vatican has been allegedly shrugging this obligation for years already.