State Duma deputy Alexei Mitrofanov, in an interview with Pravda.Ru talks about the act against the propaganda of non-traditional family values that has recently been approved by the Russian parliament. 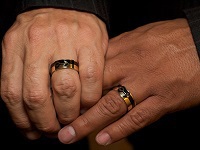 "This law, frankly speaking, is more addressed to show business. The law mostly relates to mass media and show business. This is one of the laws in the complex of measures that are being taken in the field of show business. One should pay attention to what is written there. The law says that foreign nationals, who engage in such propaganda of non-traditional values, shall be punished, unlike Russian citizens, with 15 days of administrative detention and expulsion. Thus, for example, Western pop singers, who conduct such propaganda - I will not reveal their names, but they are widely known - can be immediately detained for 15 days in Russia and then deported. They will have to clean a street or two and then go.

"That's what this has been done for - to clean up show business to avoid public propaganda. As for everything else - there are no restrictions. This is a completely wrong understanding of the law. No one attacks the gay community in Russia.  I repeat, it touches upon show business, and, frankly, some of its "wonderful" representatives who've gone a little too far. Earning millions of dollars here, they are turning their concerts into rallies that are attended by children over 12 years of age. This, by the way, will make concert organizers - I have spoken to some of them - to put the "18 +" mark on concert tickets of several artists. On the tickets that were held this and last year, there were "12 +" marks used. There were many children over 12 in the standing area present at the concerts, where, let's say, propaganda was conducted."