Foreigners promoting homosexual relations to be deported from Russia 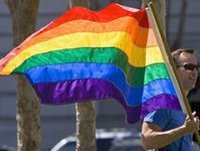