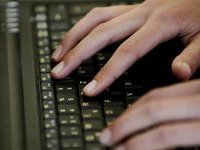 NetTraveler, a cyberspy network, was launched in 2004, but the peak of its activity took place from 2010 to 2013. The hackers targeted public and private entities, including government agencies, embassies, research centers, military organizations, oil and gas companies. Most recently, the hackers attacked such industries as space exploration, nano-technologies, energy, including nuclear, medicine and telecommunications, Digit.ru said.

The program would infect computers through e-mail, using vulnerabilities in Microsoft Office. The amount of stolen data on all NetTraveler's servers makes up more than 22 GB.

Interestingly, NetTraveler was found to have a well-defined national identity. Up to 50 people would take part in the organization of hacker attacks. The native language for most of those people was Chinese. Noteworthy, the system was discovered shortly before the meeting between U.S. President Barack Obama and President Xi Jinping in California, at which the Americans were going to raise the issue of Chinese cyber-espionage.