Woman bites her newborn son due to sleep deprivation 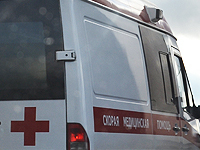 The investigating authorities of the Irkutsk region opened a criminal case against a 25-year female resident of the Kuibyshev district in connection with violent acts committed against beating her 4-month-old son.

The tortured baby was found in the apartment of his negligent mother, during an inspection conducted by local child protection services. During the inspection, officers discovered numerous bruises, bruises, soft tissue injuries and even bites on the face and body of the child.

The infant was sent to hospital, where doctors, in addition to numerous bruises, found that the baby had a broken arm. The child's mother was arrested and sent to the police station for questioning, during which she admitted to beating the child. According to her, the child was screaming a lot and did not let her sleep.

A criminal case under article "Failure to execute responsibilities for the upbringing of a minor" was filed against the woman. Social welfare authorities prepare documents to deprive the woman of her parental rights. The woman will also have to go through forensic psychiatric examination.