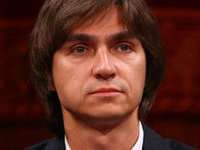 The Moscow police have arrested a suspect in the acid attack committed against the head of the Bolshoi Ballet, Sergei Filin, the press service of the Central  Directorate of Internal Affairs in Moscow, told reporters Tuesday.

As reported by the ministry, in the course of investigation, a suspect was taken in for questioning. However, the identity of the detainee has not been revealed in the interests of the investigation.

At night of January 18, the artistic director of the Bolshoi Theatre was attacked near his own home on Troitskaya Street in Moscow. The attacker splashed acid in Filin's face and escaped from the crime scene. Filin was hospitalized with burns to the face and received several plastic surgeries. At the moment, the artistic director of Russia's best-known theater is being treated at a German hospital. According to German ophthalmologists, he is recovering, although it will take the choreographer a long time to rehabilitate completely.