Live patient dies after being placed into morgue freezer 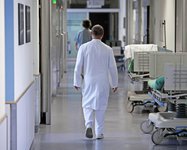 In Russia's Pskov region, a live patient was mistakenly placed in the freezer of a morgue, where he died. The accident occurred on Monday. The victim was identified as a 57-year-old male. Forensic autopsy was conducted on Feb. 6th, which showed that the man was still alive at the time when he was taken to the morgue.

Acting Governor of the Pskov Region, Maxim Zhavoronkov, ordered to file investigation into the death of the 57-year man. Chief physician of the local hospital Valery Khodzhaayev and doctor Galina Puzanskaya were suspended from their work duties for the time of the investigation.