Yushchenko's son sells his luxury apartment in Kiev for $1 million

The son of former Ukrainian President Viktor Yushchenko announced the sale of his penthouse in the center of Kiev. The young man sells his luxury apartment for one million dollars. 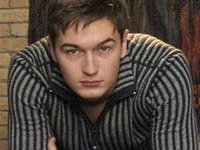 ​The penthouse is 160 square meters, it has two floors., two bedrooms, two bathrooms, a kitchen, a living room, a study and a cloakroom.

Andrei Yushchenko, the son of ex-President of Ukraine Viktor Yushchenko, had been living in the apartment for three years with his wife Elizaveta Efrosinina. Nothing has been said on whether the couple has decided to divorce.

Noteworthy, in the fall of 2012, ex-mayor of Kiev Leonid Chernovetsky decided to sell his luxury real estate too. His three-story mansion that stands on a separate plot of land is available for $20 million.

In December of 2011, Russian oligarch Dmitry Rybolovlev paid $88 million to buy a luxury apartment for his daughter in New York City. The deal ($13,000 per square foot) set an absolute record for New York.