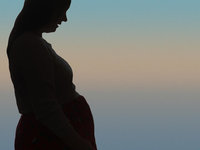 In the town of Borisoglebsk, the Yaroslavl region of Russia, several pregnant women occupied the premises of the local maternity hospital. The expecting mothers has thus decided to express their opposition to the plans of the local authorities to close the hospital.

The women are going to stay in the hospital until the authorities guarantee that the maternity hospital in the village will not be closed.

The protest of the women is based on the fact that in 2013, the authorities of the Yaroslavl region will reduce 26 obstetric beds in district hospitals. The move will result in the closure of seven maternity hospitals in the area.

Pregnant women will thus have to be taken to the new perinatal center in Yaroslavl, 100 kilometers from Borisoglebsk.