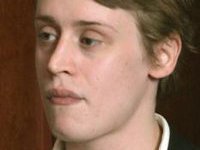 Paramedics managed to bring the actor back to life. However, doctors believe that the actor should consult a psychologist after the incident.

The relatives of the 32-year-old actor assured that Culkin was aware of his actions when he was taking drugs. According to one of the friends of the star , Macaulay was in despair. His life has come to a dead end: he receives no invitations from film directors, his girlfriend of eight years, Mila Kunis, has left him.

Culkin has previously appeared in a number of news stories about his addiction to drugs. It was reported that the actor began using two dangerous substances about two years ago.

The actor's publicists had to deny the rumors, but journalists and fans do not believe official statements, taking into account Culkin's exhausted appearance.