The avalanche of New Year's parcels from foreign online stores to Russia has paralyzed the offices of the Russian Post. 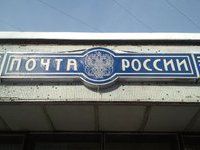 Last year, Russian Association of Electronic Communications estimated the turnover of online sales at 309.4 billion rubles. The goods that are delivered by  the Russian Post accounted to 75 percent. The authors of the study predicted a market growth of 27 percent by the end of 2012.

Thousands of people will thus not receive their gifts for New Year and Christmas holidays in Russia, although many placed their orders in November. Officials with the Russian Post say that airplanes do not cope with the volume of traffic. Are there traffic jams in the air? The situation with deliveries from the U.S. is the worst.

Nevertheless, the Russian Post still hopes to avoid delivery disruptions, the head of the directorate for the organization of production processes of the company, Alexander Timofeyev said.

According to him, on the eve of New Year holidays, the expected growth of postal items will make up more than 100 percent. In December, the volume of small parcels sent from abroad will grow up 60-70 thousand pieces a day at the Moscow hub, whereas normally this figure equals 30-40 thousand.