In Magnitogorsk, a 20-year-old girl stuck in the garbage disposal unit, after she mistakenly threw her cosmetics in it, KM.ru said with reference to Russia's EMERCOM in the Chelyabinsk region. 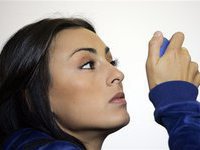 A young woman, a resident of Magnitogorsk, mistakenly threw a bag with expensive cosmetic products of a luxury brand into the hole of the garbage disposal unit. Having realized her mistake, the woman decided to recover her cosmetics.

The loss was so significant for the woman that she started to explore the possibilities of recovering the bag wearing only a T-shirt. On the second storey of the apartment building, she found a large hole in the garbage tube. Without having second thoughts, the courageous woman climbed into the hole.

Those living on the first storey of the building soon heard cries for help and called rescuers. The rescuers had to cut the lock of the storage room, where the garbage container was and remove the plug on the tube before they could catch the woman dropping out of the garbage tube. To everyone's surprise, the woman did not run home to put warm clothes on. She continued to dig into the pile of garbage in search for her "precious bag of beauty."

Paramedics arrived at the scene soon afterwards. They concluded that the woman had not suffered any injuries. The next moment, the restless seeker continued to search for her bag in the garbage. The rescuers were asking her to stop, but the woman would not react to their requests. The young lady allowed the rescuers take her to her apartment only after she finally found "the bag of her dreams," Uralinformburo said.

"Unfortunately, there are no photos or videos of this incident," officials said.