Chinese woman Yao Defen, who is listed in the Guinness Book of World Records as the tallest woman in the world, has died at age 40. The world's tallest woman has died of cancer, reports NTV. 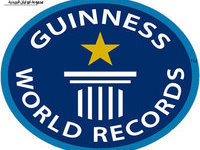 The Chinese woman was 2 meters 36 centimeters tall. She weighed about 200 kilos. The woman passed away in her home town of Zhucheng, Shandong province. She died last month, on November 13, but the government of East China's Anhui Province exposed the news only on December 5, Vesti reports.

The record-holder was diagnosed with cancer when she was at her teen age. Moreover, it is the brain tumor that caused the abnormal growth of the girl: she would grow by 5 centimeters a year, the Voice of Russia Radio said.

In 2006, doctors removed the tumor, and Yao Defen stopped growing. However, in about one year, cancer returned. However, the woman's family could no longer afford further treatment, says RBC.

Yao Defen was 10 cm taller than her famous compatriot - basketball player Yao Ming. Yao Defen made an entry into the Guinness Book of Records in 2010, when she became 2 meters 33 centimeters tall. The Chinese was also listed as one of the three tallest women who has ever lived on Earth.