Russian teens to be banned from attending Lady Gaga shows 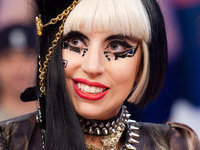 According to Belyakov, he has sent adequate requests to the Prosecutor General, the Prosecutor's Office in Moscow and St. Petersburg. The official has also sent letters to the mayor of Moscow, Sergei Sobyanin, the governor of St. Petersburg Georgy Poltavchenko, Culture Minister Vladimir Medinsky and to organizers of the tour, Forbes reports.

According to the director of the Institute of Spousal Psychotherapy, President of the "Children's Health" Fund and a member of the American Psychological Association, Alexander V. Kuznetsov, it is not up to deputies to either prohibit or allow something to children. It is up to parents.

"At least, the age limit should be set, and let parents decide for themselves whether they want their children to go or not. If there is the 12 + icon, those who disagree may resolve the issue at court rather than appealing to teenagers or legislation," the psychologist told Pravda.ru.

Lady Gaga will perform in St. Petersburg on December 9 and in Moscow on December 12 as part of her world tour, Born This Way Ball.