In the town of Balashov, the Saratov region of Russia, the police launched investigation into large-scale fraud. According to the regional prosecutor's office, criminals illegally received $16,200 - the money that belonged to a local resident. 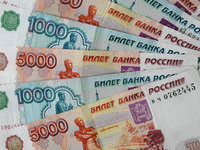 In May 2012, a resident of Balashov received an e-mail from a person who introduced himself a citizen of Ghana, Calvin Manana. Manana informed the Russian man of the death of their common distant relative, George Funtov.

The email said that Funtov had 12.8 million U.S. dollars on his bank account, which then belonged to the heir. To receive the legacy, one had to transfer 16,200 USD to an account in Ghana. The money would be required for paper work, the email said.

The resident of Balashov transferred the required amount of money to a bank account in Ghana. Afterwards, the man found out that he had no relatives in Ghana. The might-have-been wealthy heir filed a police report.