A bronze medal of the Summer Olympics was stolen from the apartment of Russian basketball Vitaly Fridzon, who defended the colors of the Russian national team in London. The theft was committed in the Moscow suburb of Khimki, where the athlete lives. 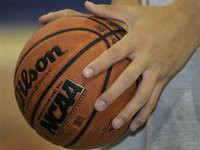 The information about the theft arrived on Saturday afternoon from a 27-year resident of the Bryansk region.  The name of the victim was not specified in the release.

"The medal was stolen from Vitaly Fridzon, a defender of the Khimki basketball club," the source said.

Fridzon plays for the club since 2004. During those years, he became a European champion among youth teams (2005), a multiple silver medalist of the Championship of Russia, a bronze winner at European Championships, the winner of the Cup of Russia and Europe and finally, the bronze medalist of the London Olympics 2012.

For his contribution to the development of physical culture and sports in Russia, as well as for his high athletic achievements, Fridzon was awarded with the Medal of the Order "For Services to the Fatherland" of the II degree.