The Olympic Games in London do not justify the financial expectations of the British authorities. Tourists hardly ever leave the boundaries of the Olympic Park and do not spend money on museums and theaters. 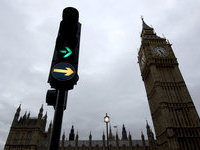 The tourists, who came to the capital of Great Britain for the Olympics, are not financially active outside the Olympic Village. Hotels and sightseeing business do not get 20 and 35 percent of the projected income respectively, the Novaya Gazeta wrote.

Managing Director of travel company Golden Tours, Nick Palan, said that the summer Olympic Games have completely destroyed his business. "Earlier hotels inflated the prices, and largest tour operators actually stopped their sales in May. Our profit for this period decreased by 20 percent," - said Palan.

According to The Financial Times, the Olympics, contrary to expectations, has literally turned London into a ghost town. The tourists, who normally flock to the capital of the UK in summer, for obvious reasons, preferred to postpone their visit until the Games end.

According to the newspaper, more than 100,000 international visitors arrived in London for the Games, which is more than was registered during the previous Games. At first glance, this may seem to be an impressive number, although London usually receives about 300,000 tourists.

During the first days of the Games it turned out that many seats at sports arenas were empty, whereas the tickets for most popular events were not available.

In addition, the supporters, who leave arenas for some reason, can resell their tickets to others. The prices for such second-hand tickets can be very attractive. For example, 300 people watched Saturday's handball competition having paid  only 5 pounds for an adult ticket and 1 pound per child.