Film director dies after amputation of both legs 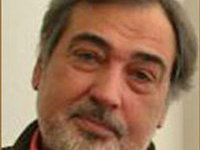 Film director and producer Alexander Mikhailov has died in Moscow after a long illness. Not too long ago, he had his both legs amputated.

The 57-year-old filmmaker died July 24 in the intensive care unit of  Pirogov Hospital. Mikhailov was hospitalized in late June with progressive blood circulation. He started to develop gangrene. The date and the location of the funeral has not been reported yet.

Mikhailov was born on September 21, 1954. He graduated from the Moscow Institute of Culture. For ten years he worked at film studio "Mosfilm." He served as the vice-president of Rolan Bykov's Foundation of Cinema and Television for Children and Youth.