Stray dogs walled up in apartment buildings in Russia

The authorities of the city of Abakan found an unusual solution to the problem of breeding stray dogs. The management company of one of apartment buildings in the city walled up the animals in the basement. 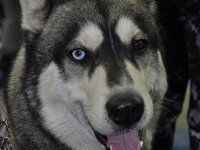 The incident took place at Building No.1 in Nekrasov Street, Life.ru reports. A whole pack of dogs was walled up in the basement of the building.

"There were dogs around here in the fall, but then one day they all just disappeared. I thought they put them down, but then I just found out that the dogs had been walled up in the basement," Vera Bokareva, a local resident said.

Some time later, it became known that one of the stray dogs was pregnant. The animal gave birth to puppies at the end of December. The tenants try to help the animals. They give the dogs food through the vent holes of the basement.

A similar story took place in the city of Samara. Four dogs had been locked up in the basement of the apartment building on Shvernik Street. The fate of the dogs remains unclear.

The Penal Code of the Russian Federation stipulates criminal persecution for those who torture animals. However, there were just a few cases in the country when people were jailed for animal abuse.