Lady Gaga owes $1.8 for not coming to Russia

Russia's UTV Holding, which owns one of the country's major music channels, Muz-TV, demands compensation for the failed concert of Lady Gaga in Moscow. The company has already filed the adequate suit against New Wave Entertainment in Miami. 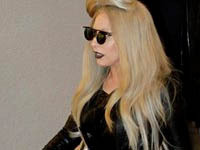 As it turns out, Lady Gaga was supposed to perform in the Russian capital in June 2011. Representatives of the Russian company claim that they hired New Wave Entertainment as an agent to organize Lady Gaga's appearance during Muz-TV Awards Show.  The US-based company received the advance payment of $1.5 million, as well as the bonus of $300,000, SiteUA.org says.

However, New Wave Entertainment failed to organize Lady Gaga's visit to Moscow. UTV currently seeks a compensation of $1.8 million from its US partner.

The Muz-TV Award Show was held in Moscow on June 3. German band Tokio Hotel and Russian singer Zemfira acted as the headliners of the show. In 2011, Lady Gaga earned $90 million and became the most searched person on the net.