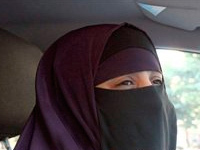 The "great-hearted" King Abdullah bin Abdel-Aziz of Saudi Arabia overturned the court ruling against the woman, who dared to break the ban on female driving. The woman was sentenced to ten lashes for driving a car.

The woman, named as Shema, was found guilty of driving a car in the city of Jeddah in July. Saudi women are banned from driving in the country.

There is no official information to confirm the King's decision to acquit the female driver yet. The news was revealed by Princess Amira al-Taweel, wife of billionaire Saudi Prince Alwaleed bin Talal. "Thank God, the lashing of Shema is cancelled. Thanks to our beloved king," she tweeted, the BBC said.

The ban on female driving in Saudi Arabia touches upon both native and foreign women. Tens of women began to deliberately break the ban since July of 2011 in an attempt to lift the ban.

The Saudi King has recently surprised everyone when he gave the women the right to vote and be elected in municipal elections. This obviously became a historical decision for the monarch to make. The decision was made as a result of the talks with high-ranking representatives of the Muslim clergy, Vesti reports.