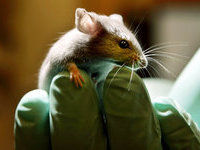 Several criminal cases have been filed against employees of the boarding school in Russia's Voronezh region. An inspection conducted at the institution revealed that the children were fed with expired cereals that contained mouse droppings.

The excrement of mouse-like rodents was found in bags of cereals that were stored at the warehouse of the boarding school. The cereals were used as food for the students of the school, the Voronezh Times newspaper said. Inspectors also found a dead mouse near a sticky trap.

The store woman was employed without any professional hygienic training or certification. The detected violations put the children's lives and health at risk. The children could also suffer moral or physical damage as a result of the violations, officials of local law-enforcement agencies said.

Last summer, the inspection of the boarding school for aurally challenged children in the city of Tula showed that the school employees committed numerous violations when cooking food for the students. The administration of the school did not have the documents regulating the recipes and food-making technology. In addition, the cooks used last-year's onions and other expired products without thermal treatment.