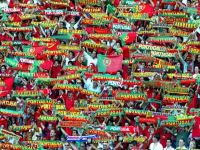 After Prime Minister José Sócrates presented his resignation to President Anibal Silva on Wednesday, the Portuguese mass media indicates a new legislative election at the end of May. However, this is not the only option open to the President. After decades of mismanagement, reality slams Portugal square in the face. What happens now?

If you build a house of cardboard on the sand and without solid foundations, then throw away the few stones anchoring the structure to the ground, it is natural that it will collapse with the first gust of wind, the first drops of rain, the slightest pressure from within. Quite how Portugal's cardboard house survived the 37 years since the 1974 Revolution is maybe a comment on the resilience of this people who seem to perform miracles getting things done with last-minute panic measures. In Portuguese it is called "desenrascar" (get out of trouble, somehow). This time, however, not even Houdini would escape.

Today, reality strikes Portugal and the Portuguese square in the face. Quite whose fault it is, is patently obvious: for a start, those political forces in positions of control since 1974 (namely the PSD - Social Democrats and PS - Socialist Party, both centre-right these days, sometimes in coalition with CDS-PP - Christian Democrats - Conservatives) and principally, the team of then Prime Minister and now President, Aníbal Silva, through whose hands billions and billions poured and who demonstrated neither the capacity nor the vision to invest that money adequately to make sure Portugal rose to the challenge. 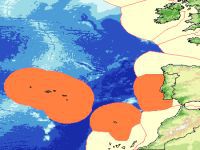 Over the years, successive Portuguese Governments received rivers of money which, it is now patently obvious, was abominably badly managed. EU membership saw the cities receive a facelift and in a few years bridged the decades which had separated Portugal from the rest of Europe. Thirty years ago, the Portuguese would describe themselves as "fifty years behind". Today, Lisbon is a modern capital city with as many modern facilities, or more, than its peers.

But the same Governments sold Portuguese industry down the river, destroyed Portuguese agriculture and lost fishing rights. Portugal, with one of the largest Exclusive Economic Zones in the world, has not taken advantage of its resources, mainly because they have been sold off... or simply lost. It is therefore hardly surprising that the young people of today feel there are no jobs to go to.

They are right. They have been destroyed. The massive demonstration a couple of weeks ago across Portugal by the Young Generation (and older members of society) was a wave of revolt not necessarily against the Government of José Sócrates but a tsunami of frustration against abominable governance since 1974.

Where did Sócrates go wrong? 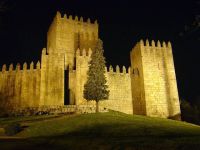 As Minister of the Environment (1999-2002), José Sócrates wrote his CV as a candidate for the office of future Prime Minister. He showed competence, determination, vision and intelligence. Yet this determination was soon to be taken as arrogance and lack of transparency as a growing cloud gathered over his head and people who levelled accusations against him (none of which have reached the Courts) felt threatened. Some were even driven from their jobs for daring to criticise him. True, his Government had to face the financial and economic crisis as the market oriented capitalist model lurched from disaster to catastrophe and true, there have been forces at work in the international community snapping at Portugal's heels for over a year now.

For some, the idea of a Portuguese bail-out is very attractive. Next stop, Spain and pop! goes the Euro.

In politics, it is not necessarily what you do but how you are perceived to do it, which writes your epitaph. The recent decision to reduce VAT on golf when the family budget to eat is pushing even the middle class to breaking point - and if the interest rates rise, there will be a public calamity in Portugal - was perhaps the symptom rather than the cause. The fact that the Government of José Sócrates had had to push through three special austerity budgets (Stability and Growth Programme, PEC in Portuguese) in recent months, each one more punishing than the last, before presenting PEC IV to Parliament on Wednesday, gave off signals that neither the Prime Minister, nor the Government, knew what it was doing, amid real contestation on the streets and a continuation of dismal socio-economic indicators which have seen Portugal slide down the development classification to near the foot of the EU table.

In each austerity package, the Government had claimed that the measures would be enough to reach the objectives - yet the measures themselves were also extremely unfair socially and reflected policies which could only prove negative to the development of the economy. If we compare the socially progressive policies put forward by real Socialist Governments in Latin America, which avoided the economic crisis with the reactionary and repressive policies adopted in Europe (including by the Government of José Sócrates) and the tremendous social impact they incurred, then we have the answer to the questions.

Strange though it may appear, not many media outlets in Portugal are yet postulating a real possibility - namely that instead of calling another general election (the last was 2009), President Silva has the power to nominate a Government of National Unity. The first option would no doubt bring another hung Parliament, with José Sócrates again leading the Socialist Party claiming that the Opposition was irresponsible in failing his emergency package at such a delicate time and exploiting the inexperience of Pedro Coelho, the leader of the largest opposition party, PSD. 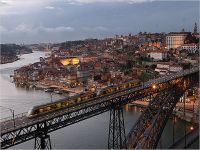 The smaller parties with seats in Parliament (CDS-PP, CDU - Communists and Greens and Left Block) and others without representation, might manage to captivate more votes but the outcome would be once more the Portuguese banging their heads against the same two walls hoping that finally something might happen. If it hasn't for 37 years...

The second would work better if President Silva had the emotional intelligence to appoint a Government and more importantly, a figure, around whom a national consensus could be formed. He would be more likely to choose a figure from the past and with firm connections with his party, PSD. Let us however follow the lead of the Portuguese media and place this option in the background.

As for what happens next, whatever the case, nothing is going to make any difference at all until Portugal faces up to its weak points and does something about them. 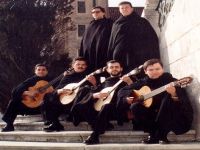 What the Portuguese need to do, and until now have been incapable of, is the capacity to sit together and draw up a national plan in the short- and medium-term at least, which goes above and beyond the cosmetic whims of petty party politics. What Portugal needs is to establish benchmarks after broad consultation with all players involved and then to follow up and make sure they are being followed.

What Portugal needs is to sweep aside those thousands of leeches who suck the country dry, gravitating around the positions of power and control - an army of invisible, opaque and grey barons who make a living at the expense of the rest of the country. These are the lobbies, these are the boys for whom the jobs are reserved.

What Portugal needs is to show more humility, and this comes with accepting responsibility. This in turn passes by the need for properly drawn up job descriptions so that not only do people know what they are supposed to do, but can be held accountable if they do not fulfil their obligations. This also means that if some poor kid presses a button and gets his brains fried in a public street, the system does not push the poor parents around from court to court, then file the case as void, because the time to act has elapsed - and would eliminate the "Portuguese ping-pong scenario" whereby one tries to legalise something and spends days, weeks or months being sent from department to department to department, each one saying "it isn't here where you should be".

Responsibility and job descriptions also mean a different work ethic, in which the innate productivity of the Portuguese (who prove themselves to be excellent workers abroad but unproductive at home) could flourish - greater responsibility, more freedom, as per fulfilling the job description within the timetable stipulated, leaving work at the proper time, like in other countries, and having something called "a life" away from the office. This implies having a family/home life and enjoying leisure time, in turn creating jobs, not hanging around at work until midnight because "it is expected" by some failure/control freak without a private life to go home to.

Transparency is the last quality lacking in Portugal. What is the real state of the public finances? Why does nobody explain them clearly to the people? Why does nobody adopt the stance of a teacher with a blackboard and piece of chalk and say clearly where they are and where they need to go? Transparency means knowing the curriculum of those in public office, those leading the institutions - who they are and what their competences are. 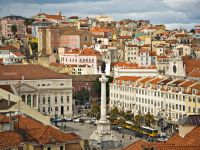 Traditionally, Portugal has proven incapable of facing up to these shortcomings - the reaction to criticism, especially from foreigners, is aggressive and protective and there is even a phrase in Portuguese, quem não está bem, que se  mude - if you don't like it, clear off; basically this is an excuse to carry on making the same old mistakes and making the minimum effort.

The time for sweeping the dirt under the carpet is over. Time to listen and to act. The cardboard house is rotten. And the storm is coming. Portugal - it's now or never.

Photos: Portugal is not only the sun, sand and sea package