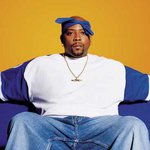 Nate Dogg, Long Beach musician extraordinaire, has passed away at the age of 41. Word has rocked Los Angeles that one of its community's own has died, and sadly like so many before him, too young.

Nate Dogg dying has us thinking some of the singer's biggest hits including the eternally catchy Regulate with Warren G.

Little is known now as to the cause of death of Nate Dogg, born Nathaniel D. Hale, other than the fact that the talented musician had a stroke in 2007 and in 2008, according to SheKnows.com

Nate Dogg is best known for his work on "Regulate" with Warren G: Hale was credited as the Soul Man of G-Funk and was nominated for four Grammys total in his lifetime. In addition to three solo albums, Nate Dogg was also featured on tracks with Dr. Dre, 50 Cent, Snoop Dogg, Eminem, and many others, Crave Online reports.